We all know a lot of people. Even in the small group of people you do hold close (family, relatives, close friends) there’s always some suspicion that someone in the group was not an original occupant of this planet. Leave it to Hollywood to prove these theories correct with Men In Black.

Will Smith is funny, and that’s not even remotely debatable. He does a great job here oozing charisma and charm, totally convincing in a role tailor-made for him. This is a Tommy Lee Jones movie though. His monotone performance and expressionless face remain the same throughout the movie and it never gets old. This movie wouldn’t be anywhere near as entertaining were it not for him.

Surprisingly, the aliens are not really the focus of the movie. They get a lot of screen time, but the pacing makes sure not to throw everything at the viewer early. It’s an hour into the film until there’s any significant action, flawlessly easing the viewer into the Men in Black mythology. The viewers play a secondary part to Will Smith’s unconvinced character, following the same path his Agent J does.

When the otherworldly creatures are on screen, they come to life via a variety of techniques from men in suits, CGI, to animatronics. There isn’t a botched effects shot in the film and the designs are wildly original. The blending of practical suits along with animatronics and CG is wonderful, imaginative, and whimsical. This is hardly a film short on originality. It’s been 11 years, and the film doesn’t look dated in the least.

Once you add all of that to a great soundtrack by Danny Elfman, you know this one was huge success, one of the highest grossing movies for Columbia in their history. This is simply a fast, funny, and hugely entertaining sci-fi comedy in the same vein as Ghostbusters. You can’t go wrong here. 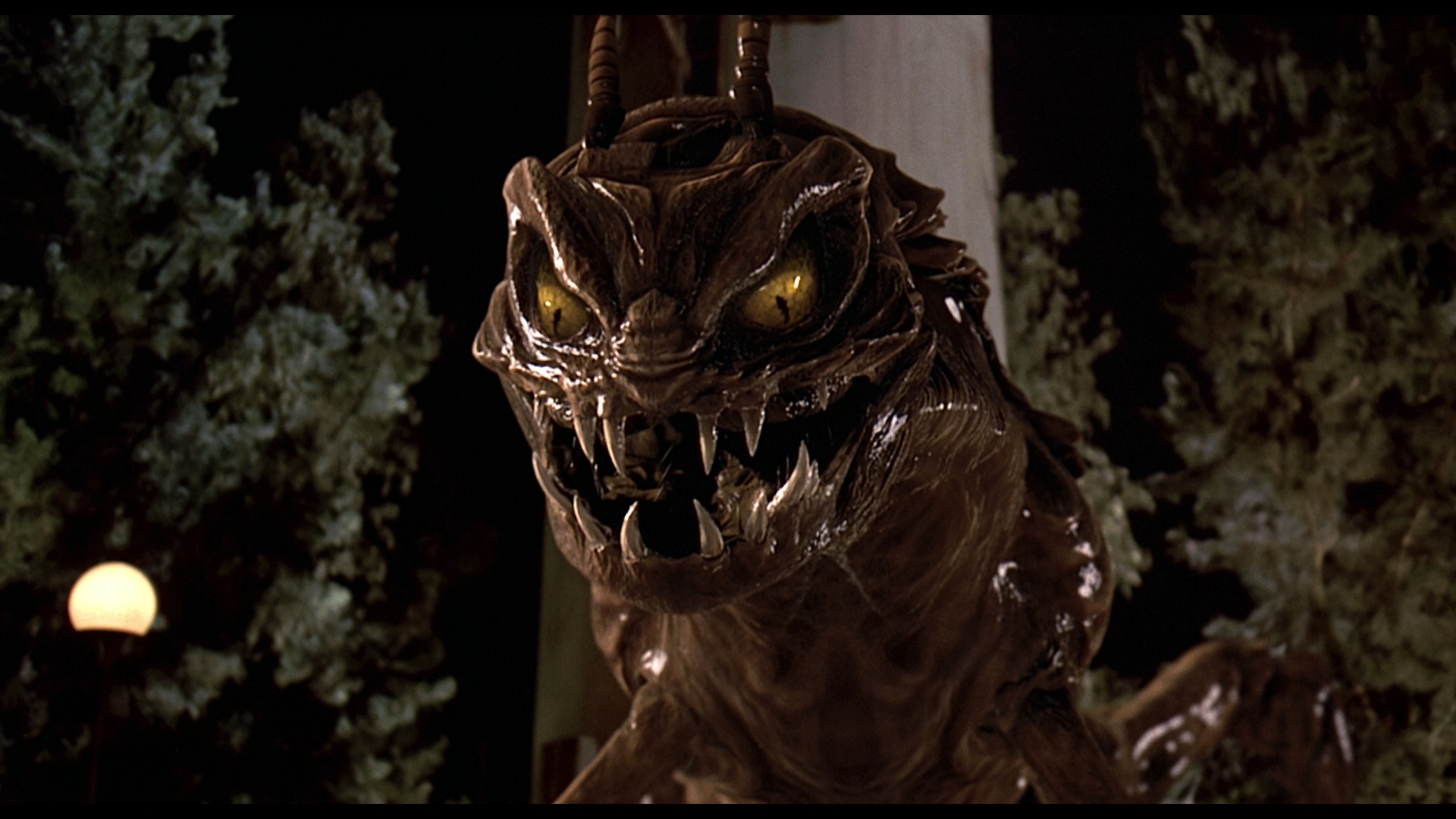 Men in Black is an odd beast in terms of video. Flesh tones are never consistent, much like the color saturation. Some scenes waver on being black and white only. Artificial enhancement causes obvious problems in long shots, along with a minimal amount of edge enhancement. Strong black levels create a bold overall image, creating a nice sense of depth. Detail is phenomenal in most shots, showcasing every wrinkle in Tommy Lee Jones’ face.

The kicker here is that many of these same issues plagued the DVD. So, either Columbia has released the same master as they did prior with the slight added resolution benefit, or the film looked like this originally. The grain structure is definitely a bit thicker than expected for a major studio release with a budget like this as well. Tough call.

Thankfully, there’s no shortage of fine audio work here. Multiple language tracks receive TrueHD treatment, and it’s a wonderful mix. Bass from the weapons of MIB is spectacular, especially the Noisy Cricket. Obviously, much of the sound work is saved for the final few scenes when the full on battle begins to save the world. The crashing spaceship delivers on all counts, smashing debris all around the speakers. Positioning isn’t perfect (some missed opportunities for sure), but it’s an engrossing piece of audio design.

Men in Black crams most of the features onto one disc this time out, as opposed to two on the DVD. Also changed is the annoying split menu from the DVD. Two commentaries are included as previously, including the technical track which has Rick Baker and crew discussing the visual effects. The next is a silhouetted telestrator comm with director Barry Sonnenfeld and Tommy Lee Jones. They point to things on the screen as they discuss them without causing too much disruption.

Features begin with some character animation studies. Using the angle button, you can view the various stages of the creatures as they come together for the screen. Four deleted scenes are available plus the above-mentioned ball sequence without any added effects. Two scenes get the deconstruction treatment including the car/tunnel scene and the final fight (the latter is only available here). These can be watched with commentary.

Metamorphosis of the Men In Black is an excellent 23-minute documentary with behind the scenes footage and the usual round of interviews. A section on art and animation is split into five areas that cover things like storyboards and the CG characters. Three of the movies scenes can be edited using the editing workshop (exclusive), but this is limited and you’ll only end up ruining the scene because it will make no sense. Finally, a photo gallery features more content than the standard disc.

There is a short promotional featurette running a little over six minutes, but there is nothing here you won’t see in the longer documentary. A music video from Will Smith based on the film (which played non-stop on both the radio and MTV during the theatrical run) and some talent files end the menu selections.