The Usual Suspects spends its final act asking who Keyser Soze is. A mystery man, a legend, a killer. The better question is who are Fenster, Verbal, Keaton, McManus, and Hockney?

That’s what Usual Suspects is asking, creating a rich and varied lot of criminal behavior. The title is rather genius in that each man fits a stereotype, usuals, even if they’re unusual. As a mix, they bridge white collar and blue collar crime, brought together seemingly on purpose, knowing their thirst for a quick hit will bond them. Fenster (Benicio Del Toro) barely speaks a legible word. Verbal (Kevin Spacey) can only use half his body. Keaton (Gabriel Byrne) seeks reform from this life, living in posh style.

They’re social oddities, eccentrics even, who see themselves not only smarter than each other, but the law too. Soze exists as a figment, a tall tale; this group makes the real, known thing, lined up and processed, plus accused of ever greater felonies.

Mystery looms over Usual Suspects, shot luxuriously, even evocatively to give these men a certain movie glamour. Yet darkness usually envelops them, hiding their presence. Interrogation rooms blind them, contrasting their existences between the inside and outside. Society views them as rejects – the usual – and yet the script delights in their purpose, their style, and their personalities.

For the true uncertainty Usual Suspects puts this crew under, few ever show it. Their confidence rarely breaks among each other. Weakness will get them killed, and at no point does anyone truly trust the other. Their mindset and thoughts prove alluring. Meanwhile, Usual Suspects employs tricks and gags to set up an oft-referenced (even parodied) finale with the same smugness exhibited by the characters.

As they fall into an obvious set-up, the gang seems moronic. How can they not see their inevitable fall? It’s all a trap. In the ultimate wink and egotistical smirk, turns out the movie was smarter than everyone, viewers included. There’s nothing usual about this caper at all, even as Usual Suspects uses modern noir trappings and aesthetics to suggest a derivative story. It’s genius storytelling, and even greater filmmaking. 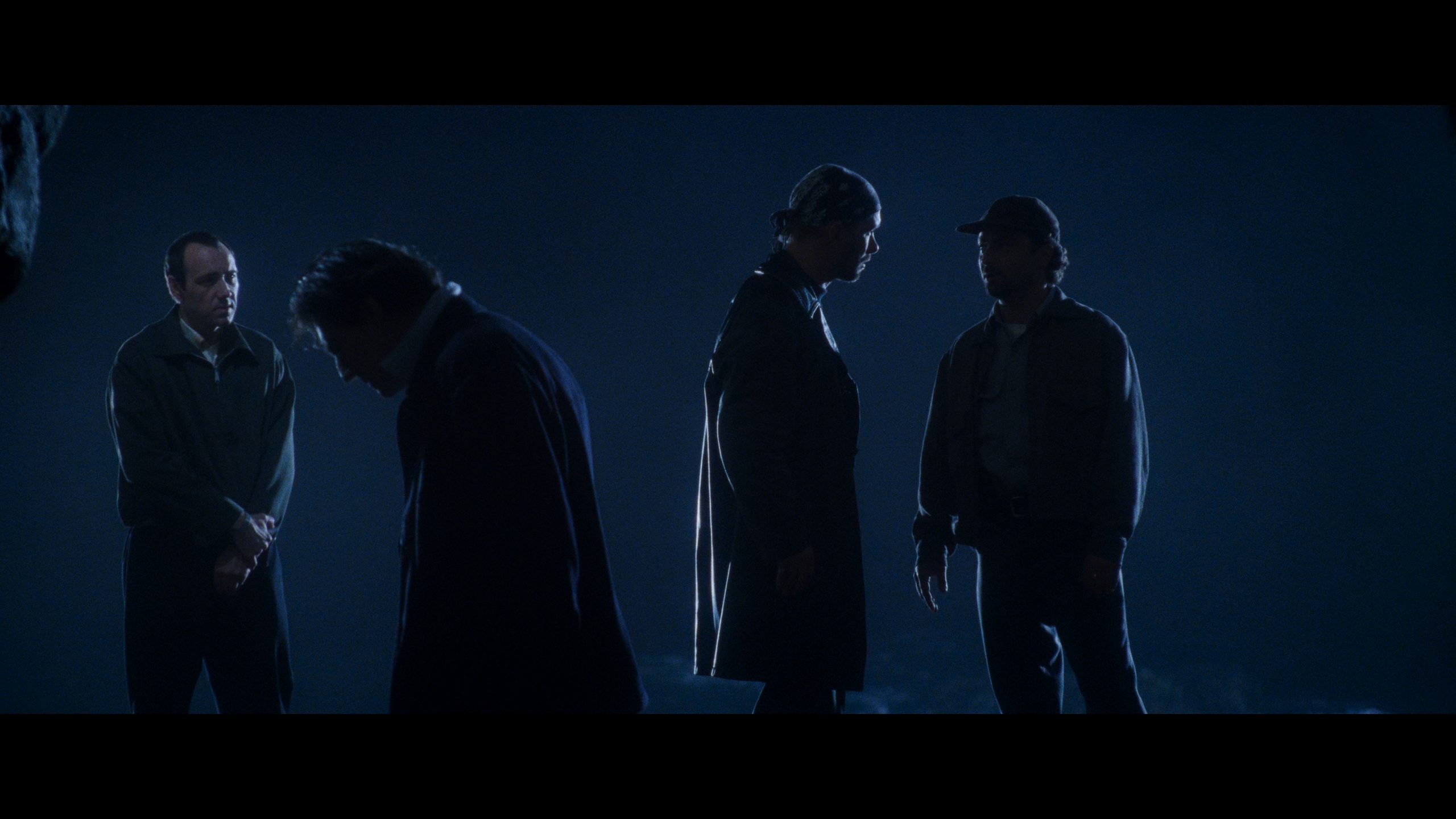 Exceptional resolution brings out precise grain, and the encoding doesn’t choke, even with the steamier cinematography. Incredible fidelity draws out facial definition in every scene, whether mid-range or close-up. Sharpness keeps a consistent high point, texture stellar, and the finest details pop from the frame. Interrogation scenes take a softer, less defined aesthetic as Spacey takes his verbal drubbing. That’s the only variance.

Using intense contrast to put suspects under heated lights, that’s the only clipping to note, and intentional. The difference maker is the Dolby Vision, making those lights more intense than before. That goes for the entire contrast, from flames to exterior daylight. Black levels leave their mark, rich, dense, and potent.

Driven by compelling personalities and a famously grand twist, The Usual Suspects brings the classic noir into modern view.