Abel Ferrara’s 1979 psycho splatter film is one of the less heralded entries from his career. The director of Ms. 45 and Bad Lieutenant himself stars in The Driller Killer as a young artist that goes on a rampage. Arrow Video has fully restored both the theatrical cut and a longer, uncut pre-release version for this new Blu-ray release.

Working under a pseudonym, Ferrara produces a memorable splash with his character’s graphic handling of a power drill. Reno is a struggling artist living in the seedy NYC of the late 1970s. The pressure to meet the deadline of an overdue painting pushes Reno to take a power drill to derelicts across the city as he loses control.

Abel Ferrara’s first legitimate movie after dabbling in adult films, The Driller Killer is a strange horror movie that owes more to the gritty films of Martin Scorsese and Brian de Palma than normal slasher fare. His Reno goes around killing homeless people in several gruesome sequences, earning it a place on the banned “Video Nasties” list from the UK in the 1980s. Expect lots of blood, though the underwhelming effects undercut their effectiveness.

Its raw, sleazy vibe screams low-budget filmmaking of its distinct time and place.

The difference here from typical slashers are the fleshed out characters and its interesting psychodrama. Reno is under pressure from an art dealer looking for his next masterpiece. He also lives with a couple of women, including Carol, a paramour financially supporting him. The final straw for Reno may be a Punk band that has moved in the apartment below him, constantly rehearsing as he paints. The gritty NYC setting is the glue that holds this ball of wax together.

The Driller Killer was constructed to make a quick buck in the NYC movie theaters back in the day, before home video really existed. Its raw, sleazy vibe screams low-budget filmmaking of its distinct time and place. What elevates Ferrara’s work is a keen sense of style and the unique ethos that would infuse his later films as well. While The Driller Killer isn’t a perfect film, it marked Ferrara as a director with real talent and a promising future ahead of him. It’s no wonder he would soon be snapped up by Hollywood, ultimately making such films as King of New York.

Arrow Video has gone all out to restore The Driller Killer under director Abel Ferrara’s supervision. This is the kind of proper treatment that Oscar winners should receive but rarely get.

Both the original theatrical cut (95:52), and a longer pre-release cut (100:59), are offered in separate 1.85:1 and 1.37:1 transfers. The wider 1.85:1 presentation offers better composition. The included 1.37:1 transfer simply looks rougher in cinematography terms. Apparently Arrow Video discovered the pre-release cut when going over the original camera negative, which contained footage cut from the theatrical version.

The British company does the best it can with the low-budget film elements, striking a new 4k transfer. The information below is included in the companion booklet:

“The original 16mm AB camera negative was scanned in 4K resolution on a pin-registered Arriscan at OCN Digital. Portions of the original negative have been lost, so a 35mm print was sourced for these sections. The original mono soundtrack was transferred from the 35mm optical negative.”

The seedy NYC of the 1970s is captured in soft, grainy detail. The Driller Killer has minor exposure problems on occasion and underwhelming contrast. There are focus problems in the rough cinematography. Some print damage is inevitable in material of this nature, kept to a minimum by Arrow’s restoration. This is not a pretty film and never was, though Arrow has seemingly done everything possible to make this film-like presentation worthwhile for fans.

The original mono soundtrack has been restored in fine-sounding 1.0 PCM. A New Wave punk group by the name of the Roosters play a big part in the movie’s plot, and their music is heard in various scenes. Dialogue is adequately reproduced. This is obviously a limited monaural mix from a low-budget production, but it’s not an unpleasant listening experience. Some harshness is evident at times.

Arrow Video offers a slew of special features, including a feature-length documentary from Abel Ferrara himself. A limited edition steelbook of 2500 units is also available.

• Audio commentary by director and star Abel Ferrara, moderated by Brad Stevens (author of Abel Ferrara: The Moral Vision) and recorded exclusively for this release

• Willing and Abel: Ferraraology 101 (34:19 in HD) – A new visual essay guide to the films and career of Ferrara by Alexandra Heller-Nicholas, author of Cultographies: Ms. 45

• Mulberry St. (87:52 in SD) – Ferrara’s feature-length 2010 documentary portrait of the New York location that has played a key role in his life and work. This is a nice exploration of his filmmaking background and where he came from.

Click on the images below for unaltered, full resolution screen captures taken directly from the Blu-ray. Patreon supporters see our screen shots first, view our entire library in .png format, and gain early access to 12 Driller Killer exclusives for as little as $1. They are perfect for custom cover art, film study, or other applications. 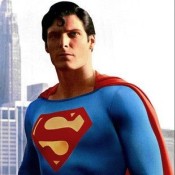